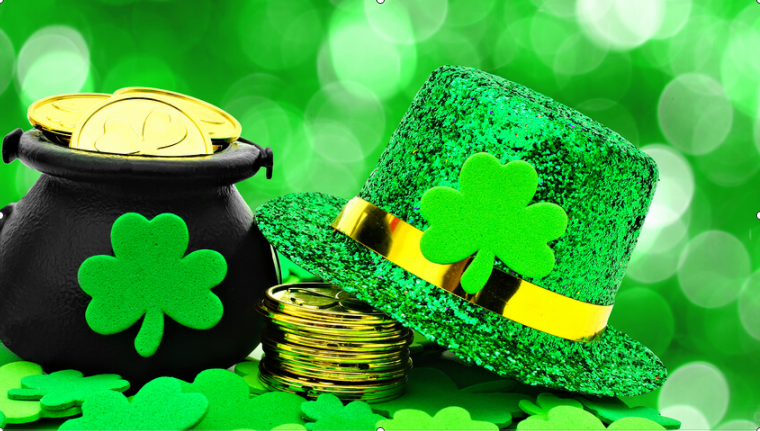 When Is St. Patrick's Day?

St. Patrick’s Day is on

Activities You And Your Family Can Do ON St. Patrick's Day

Assuming your kids aren’t yet built for a traditional game of Irish football or rugby, try some of these games in honour of St. Patrick’s Day!

Clearly, there’s quite a lot you can do to keep everyone in the family excited for this day!

Should you choose to shop from the comfort of your home online, here are some tips and tricks to make sure you shop safely, securely and smartly:

How did St. Patrick’s day start?

The March 17 celebration started in 1631 when the Church established a Feast Day honouring St. Patrick. He had been Patron Saint of Ireland who had died around the fifth century—a whopping 12 centuries before the modern version of the holiday was first observed.

Why do we wear green on St. Patrick’s day?

The St. Patrick’s Day tradition was popularized by Irish immigrants in the United States, who believed that wearing green made them invisible to leprechauns—the classic fairy creatures who pinch anyone they can see.

Why is the leprechaun a symbol of St Patrick’s Day?

One icon of the Irish holiday is the Leprechaun. The original Irish name for these figures of folklore is “lobaircin,” meaning “small-bodied fellow.” Belief in leprechauns probably stems from Celtic belief in fairies, tiny men and women who could use their magical powers to serve good or evil.

What do 3 leaf clovers represent?

The three leaves of a shamrock are also said to stand for faith, hope and love. A fourth leaf is where we get the luck from. The four-leafed clover, or “lucky clover”, is an uncommon variation of the three-leafed clover, and is widely considered to be a symbol of good luck.

St. Patrick’s Day originally started as an honour to Saint Patrick himself. It has now become a fun day to wear green and have parties with friends and family. Whether you’re making green cocktails, eating corned beef, or just adding a bit of green to your outfit so you don’t get pinched, St. Patrick’s Day is a day to have a good time.

Thankfully, creating that good time doesn’t have to take a large chunk out of your wallet! Instead, you can get great offers from LoveVouchers.ie to throw a bright green party without breaking the bank.

There’s a longstanding tradition in many places of pinching people who don’t wear green on St. Patrick’s Day. If you’ve gone through your closet and you can’t find anything both flattering and green to wear, don’t worry. Plenty of retailers run St. Patrick’s Day sales on LoveVouchers.ie.

Lastly, St. Patrick’s Day shouldn’t just be about you. You may want to take the concept of Irish hospitality to heart and get gifts for the people you love. You can order gift baskets and have them shipped to a loved one that you can’t visit in person, just to let the person know you care. You may even be able to get one with the theme of St. Patrick’s Day.

Personalised gifts can sometimes be expensive, so if you’re going to go this route, make sure you look at the offers at LoveVouchers.ie first.

Please wait while we fetch the details of your offer. Follow the instructions to ensure you claim your full discount.